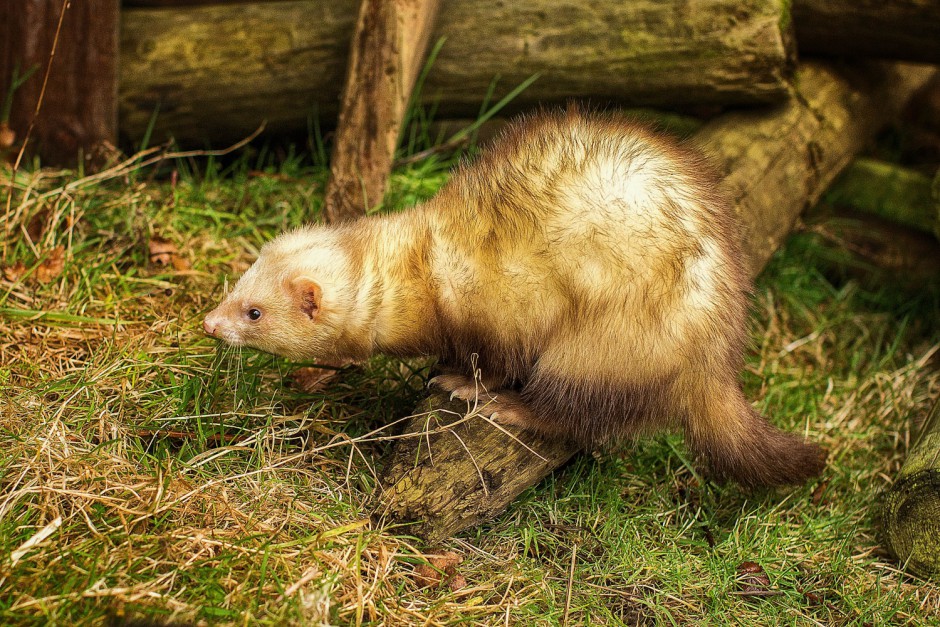 Although we can never be certain about the exact origins of the ferret, it is generally thought that they are domesticated versions of the European Polecat which shows the same Latin name Mustella Puterious.

This is from the weasel family Mustelidae, which includes otters, badgers and distant relative of the skunk, yes they carry a distinctive musk smell, which is a form of defence.

Polecats are carnivores and the main part of their diet is the European rabbit.

It is this that brings man and the ferret together. It was felt that the Romans were the first to domesticate the polecat to help catch rabbits and they have now become to this day a working companion of man.

The first real evidence of ferrets in use in Britain was the early 13th Century and in those days it was only privileged persons in society who were permitted to keep them, however as time progressed and the rabbit populations spread, the rabbit became a very useful source of food for the common man and so ferrets become associated with people from lower stations in the community. Indeed up until fairly recently ferrets were kept mainly by people who used them for hunting rabbits.

But they have had a remarkable transformation from a creature that has been much maligned to a kind of quirky celebrity pet. In the last 20-30 years ferrets have become more and more popular as pets with people walking them on leads and keeping them indoors.

As with any pet they do require careful attention and treatment although they are quite robust, we wouldn’t suggest that they are suitable for younger children.

The males are called Hobs and the females Jill’s. Specialist advice should be sought before purchasing them as they do require particular attention with regards to their breeding, which does affect the life span.