The South Down Show 2015, such a lovely show, beautiful setting and wonderful people, becoming a favourite on our calendar of country fairs.
Wild In The Country Ltd were placed next to the show sponsors, Beaver Hire, who provide for the surrounding area, a fantastic bunch of fellers, but…….. Whose idea about Beavers and Ferrets next to each other?
Met up with old friends , Kay and the gun dogs , Dave from Hawkswalk Falconry, Dave from Reedland Retrievers, enough Daves, also caught up with Dominic and Melanie with their weird and fascinating Camera Obscurer, plus Phoebe and her crew of incredible horses and riders, such a star attraction.
The ferret races were well attended as ever, lots of the children were very enthusiastic and some even remembering the names of the ferrets from the previous South Down Show in 2014. One of the grandparents telling me that their grandchild had been chatting all year about Polecat Paddy.

Over the  two days the honours were split between Ratso and Polecat Paddy, with both gaining victories in the day’s final race. Crazyjack’s form has dipped lately, from being unbeatable he has gone off the boil, maybe a change of trainer is required.  Bad Boy Bubba managed only a second place despite being sponsored by Beaver Hire.  Betty Boo let down her handler in the first race by going so slow that we’d already handed out the medals by the time she got finished.
Lots of children who didn’t get to release a ferret were allowed to walk a ferret on a lead, although it isn’t unusual to see ferrets on leads today,  it still seems to fascinate kids as they will queue ages just for the honour.  Have a look at our Gallery page to see what we mean.
The ferrets slept well on Sunday night, even Betty Boo! 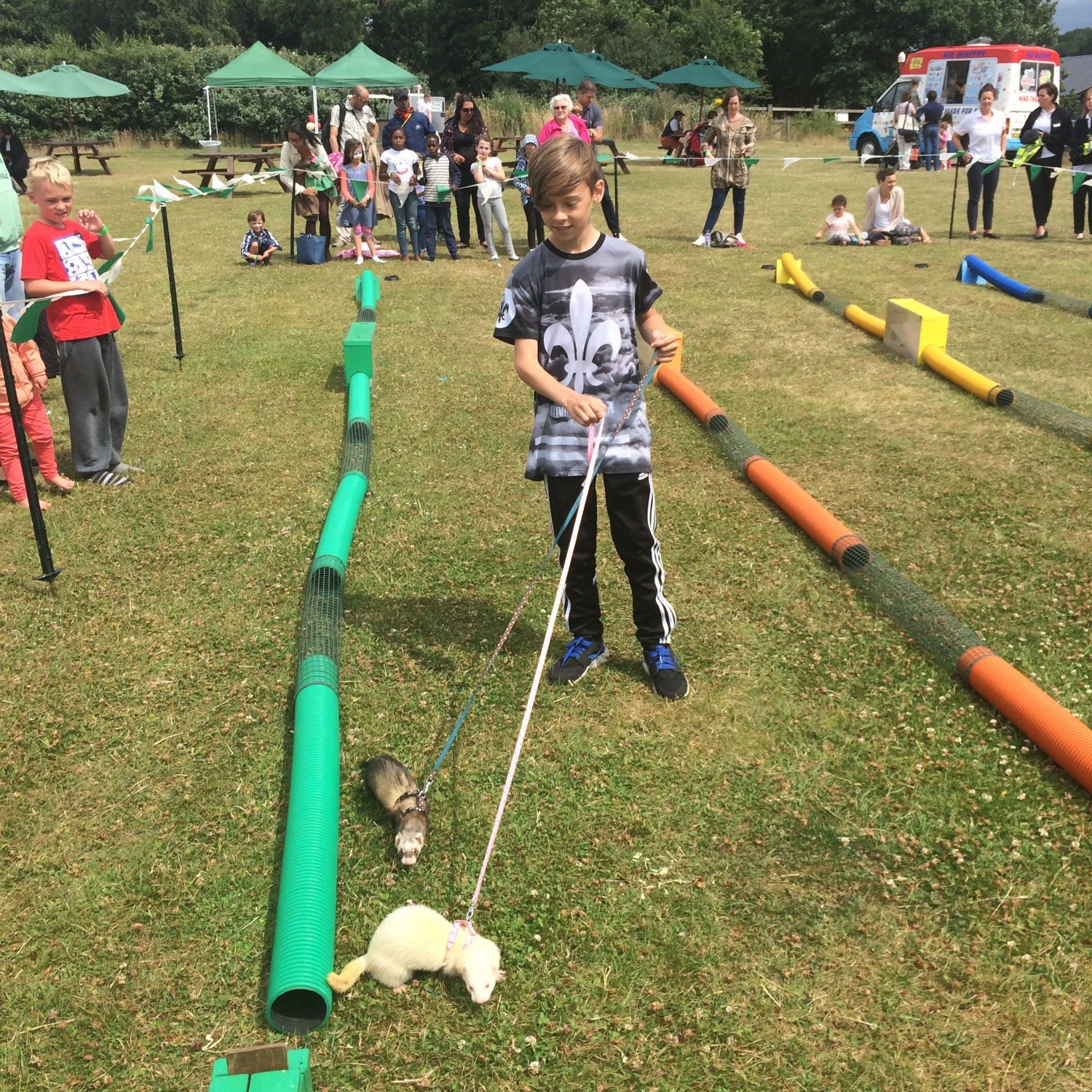 Ferret walks in between ferret racing